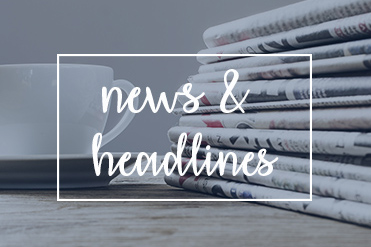 Bell is married to Jonathan Bell, Senior Vice-President at FirstBank and Paris and Henry County Healthcare Foundation president. Both are originally from Henry County.  They have two children. Bell enjoys spending time with her family, golfing and being outdoors whenever possible.

Ulrich began working at Henry County Medical Center in March 2018. She attended Jackson State Community College. She began her career as a staff nurse, then progressed to a charge nurse in the OR, and now is happy to serve as the Director of Surgical Services.

Ulrich is a native of McKenzie, TN, and currently resides there with her husband and two children.

“I grew up roaming the halls of HCMC. My mother has worked here for 33 years and I vividly remember my frequent visits and seeing many of the faces I still see here today,” said Ulrich. “It is wonderful to officially be a part of the HCMC family. I am blessed with this opportunity to lead and grow others and I look forward to what the future holds for me at HCMC.”

Crossett began working at Henry County Medical Center in September 2006.  She attended the University of Tennessee at Martin and obtained an Associate’s Degree in Nursing in 1987. In 2005, Crossett graduated from the University of Memphis with a Bachelor’s in Nursing. Crossett is a certified case manager and a member of the Academy of Certified Case Managers.

Crossett and her husband reside in Huntingdon, TN. She has two grown children and two grandchildren. In her spare time, she enjoys running and competing in triathlons.

“Even though I don’t live in Paris, I love the community here,” said Crossett. “I am excited to ‘Grow Forward’ with the team at HCMC.”